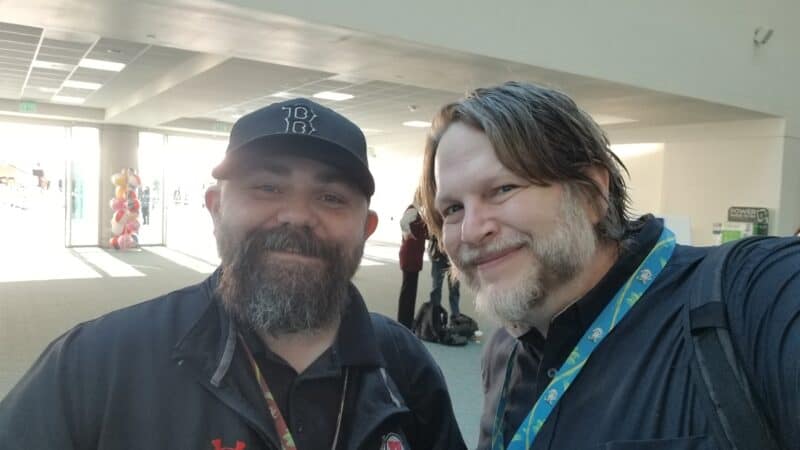 I’m originally from Maine. Accents up there come through the nose. Most famously, people from Maine are supposed to say “Ayuh” when we mean “yes.” Midway through high school, I moved to Massachusetts, where you lose the nasal thing, but you also lose all “r’s” from conversation. “It’s hahd to sound smaht with a Boston accent.”

Like all people of a certain age and worldly intentions, I hid any trace of an accent in my professional life. Some people even guessed that I was from Canada. (I’ll take it!)

Listen, if you’ve heard Becky talk even once, you know she’s from Oklahoma. And unlike me, Becky has been proud of her accent every step of the way. She’s probably better suited for this next spin of the earth. Why? Because the world seems to be poised to want everything smaller again. At long last.

Small town and local purchases have been on the rise since the start of the COVID-19 pandemic. On the one hand, that comes from necessity. On the other, it’s a concerted effort of people wanting to put their small town dollars back to work in the small town where they’re from to keep people in business and keep workers on the job.

Who you are and where you’re from just became a selling point again for the foreseeable future.

Putting the Folksy Back in Folks

Maybe the world got too big for a minute. Have you seen those stunning photos of how rivers and streams and even cities look so much more beautiful and crisp and clear now that cars have been parked in driveways for a few months? Sure, we need to get back to work. But do we need to fly all over creation? Do we need to take every trip we used to, just to get bigger and “better?” If we don’t need to drive to an office in the big city to work every day, where do we want to live?

Tourism is very hard hit during the pandemic. Being from Maine originally, people head up there in summer for seafood, and in fall to see the leaves. Boston is a pretty busy tourist attraction year round because of its ties to the American Revolution and its five professional sports teams. All that business is shut down now, but it won’t be forever. And what will people want when they come to visit? They’ll want a very genuine (completely fake but the way people want to remember it) experience.

Should You “Y’all” in Your Email Marketing?

Ah, the $44.93 question. Our accents and our quirks need to always be the condiment and not the meal. No one goes to a restaurant to order a plate of ketchup. You can slip a little phrase or two into your business communications, but if your writing ends up looking like a long lost script for the Beverly Hillbillies, maybe take it back a notch or two.

In the end, I say yes. People want us to be a bit more personable and regional. But sprinkle it on, don’t dump the bag on it all. Because as we’d say in Maine, you can’t get theya from heeya. (Which means about as little as it sounds like it does.)

Chris Brogan is President of Chris Brogan Media and founder of the StoryLeader™ system. He is a business advisor helping with digital marketing and sales strategies, and the New York Times bestselling author of 9 books and counting. Learn more at chrisbrogan.com