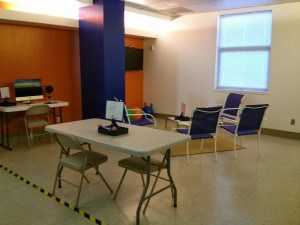 Tuolumne General Hospital opened its doors in 1849, serving miners in the gold fields of California. By some accounts, the town of Sonora – now the county seat – was founded to address the miners’ urgent need for health care. TGH had six different homes over the years, from the canvas tent in which it began, to its final location in a three story brick building close to downtown Sonora. However, after over one hundred and fifty years of service, the hospital itself was dying. In 2007, with competition from a new medical facility across town and years of multi-million dollar budget deficits, the Board of Supervisors voted to shut the hospital down.

In the summer of 2014, Tuolumne General’s third floor came back to life, as home to a new InnovationLab and Maker Space. Spearheaded by the Tuolumne County Economic Development Authority (TCEDA), the InnovationLab is a place where people with common interests in science, technology, digital media or electronics can meet, socialize and collaborate. It provides innovators, entrepreneurs and makers throughout the Central California foothills with access to tools and resources like a 100 mbps Internet connection, 3-D printers, gaming and application development computers and software, video studio, electronics lab, and prototyping metal work and wood shops. 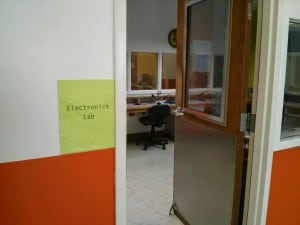 According to Larry Cope, Director of Economic Development for the TCEDA, “The reason we’re doing all of this is we want businesses to start, build, grow and stay in Tuolumne County. We want to develop an economic base of startup businesses that flow out of the InnovationLab.”

Access to the InnovationLab is by membership, with monthly pricing between $35 and $65. Daily drop ins and private offices are also available. It remains to be seen how successful the InnovationLab will be in attracting individual members, but the space is now being used by two programs based at the nearest university, the University of California at Merced. Through the UC Merced Blum Center for Developing Economies, UC Merced students and staff have access to the InnovationLab, allowing them to build relationships and collaborate with community members, as well as students and faculty from the local Columbia College.

The InnovationLab also houses the Sonora offices of the Alliance Small Business Development Center, based at UC Merced. This national program provides low and no-cost business consulting services and classes for small business owners. Two of the SBDC’s primary goals are capital infusion and job creation for local businesses, which fits well with the economic development goals of the InnovationLab.

Tuolumne County can use the economic help. With a population of 54,000 spread over 2,200 square miles, it’s one of California’s most rural counties. Its roots are in mining and timber, making it an unlikely spot for high-tech. However, its proximity to the San Francisco Bay Area and Silicon Valley (a 2½ hour drive) have brought tourists, telecommuters and vacation home buyers who expect a higher level of connectivity and business services. And government agencies such as the TCEDA are actively working to create a 21st century business environment.

Because of distance and terrain, there are areas of the county that will always remain untouched and unconnected. One third of Yosemite National Park is within Tuolumne County, as is the northern approach to the park entrance. These areas of wilderness are just as important to the county’s character as are its population centers. Both must be managed with care and innovation in order for Tuolumne County to thrive.

Greg Falken has been helping businesses and organizations develop their Internet presence since 1995. He brings a strong background in media and communications, along with technology expertise that extends back to the earliest days of personal computing. He is the owner of Webdancers, a web development company located in Tuolumne, CA, in the Central Sierras.