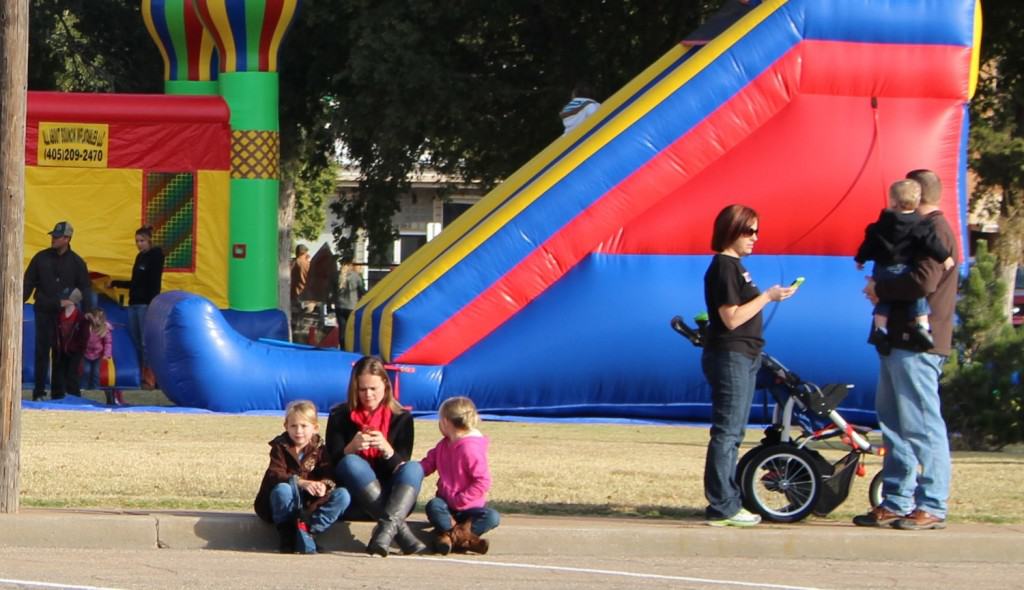 The new face of rural: adults over 30 moving back to small towns to raise their families. Photo by Becky McCray.

Population migration – a net loss or a net gain for the The Plains States?

Thanks to Grow Spink Inc. (an economic development non profit in north eastern South Dakota), I had the opportunity to go the Symposium on Small Towns at the University of Minnesota – Morris in June of this year. I took away some amazing information and some very interesting facts. I’ll list just a few of those facts later in this article.

The first thing I want to bring up is the narrative. We need to change the way we talk about our small communities and surrounding townships. For years we have been telling each other that things are bad, the towns are dying and there is nothing we can do about it. We see kids graduate high school and go off to college then to a job elsewhere. We watch this happen year after year and call it Brain Drain.

We all know it is happening. We see towns lose their only gas station and cry, “There goes the town.” We see the elevator close and think, “It’s only a matter of time.”

Last week a local newspaper reported that a small town Post Office closed. I’m sure someone in town pointed to that as the death knell for that town. We hear this all the time. Rural American population is declining and there is nothing we can do about it.

What I learned at the Symposium for Small Towns has caused me to beg to differ. It’s time to change the narrative. I learned “Rural” is no longer shrinking. One of the Keynote Speakers, Randy Cantrell (University of Nebraska) told us that only three towns had dis-incorporated in the entire state of Nebraska in the past twenty years. That got me thinking so I made some phone calls. The office of the Secretary of State has no record of any town in South Dakota dis-incorporating in the past ten years. I also talked to South Dakota’s Governor’s Office for Economic Development and they also had not heard of any town dissolving. According to The South Dakota Municipality League, one small town has been dissolved, BUT two new towns have incorporated. I got a return call from the South Dakota Governor’s Chief of Staff, Dusty Johnson, confirming this.

Rural America is on the rise and the rural James River Valley (where I live) is rising along with it. In the past three years the US Census has estimated a net GAIN in the James River Valley. It is not a large gain but it is an overall gain. I looked at the census data for James River Valley counties. I then took out the data for the two biggest towns Aberdeen, SD and Huron, SD as they are not rural. I came up with a net gain of about six hundred people.

Rural America is GROWING. I learned that this is happening all over the Midwest. The kids are leaving for college but the adults are coming home. The largest influx of people moving from metro to rural are between he ages of 30 and 49.

Think about that. Those are the among the highest earning years. Our young people leave for college and then leave college for careers in more populated places. Some of them return in midlife and bring, perhaps, a wife and two children with them. They also bring their knowledge, their experience and their ability to make money. This is Brain Gain.

Let me say that again to drive the concept home. The majority of people migrating from urban (or suburban) to rural are between the ages of 30 and 49. They are the future of our small communities. They are bringing education, experience and a desire to grow with them.

This brain gain has been going on for decades but the numbers have been so small and spread out, nobody noticed. That was until a couple college professors from the Universities of Minnesota and Nebraska started looking into it. I don’t know if they were looking for work or looking for answers, but they got the grants they needed to do the studies. The results of those studies were the foundation stones used for the Symposium for Small Towns.

Here are some of the statistics I mentioned at the beginning of this column.

First I already mentioned. The biggest out migration from rural communities are between the ages of 18 and 25.

There is a positive in migration from ages 30 through 49.

The rural population stays about the same from fifty to sixty nine.

It shifts to a minus again around age 70.

One interesting shift is the gain of children from infants to age 18. (Guess they wanted to be near their parents).

Of those between the ages of 30 and 49, forty nine percent of them are married when they return.

This is interesting and something I didn’t (but should have) realized. The people in this core group (30 – 49) are moving to rural areas and small towns for the quality of living first and foremost. In survey after survey showed finding a job or moving for a job was down the list under good schools, quiet pace, safe neighborhoods, etc.

A number of these folks moved from a metropolitan county. A large percentage of the newcomers are well educated (40% have bachelors degrees or higher) and had household incomes higher than the existing rural population. (48% over $50,000). People in this group are more likely to start new businesses, bring their business with them, or take over existing businesses.

I was told in the seminar that this trend is happening all over the rural Midwest. We are gaining not only in population, but in quality population.

Here was something that was said many times over the two day session, “If you have seen one small town… You have seen one small town…” That is a quote form Ben Winchester, the Senior Keynoter present and a Fellow at the University of Minnesota – Morris. What did he mean? All tows are unique. All towns have positives to bring out. It is that positive we need to talk about and emphasize.

Here’s a fun fact: In a survey taken of college kids, about half said they would rather raise a family in small town then in a suburb or a city. We need to show them we have that small town here for them when they are ready.

We do that using the means they use, the information super highway. Nobody will move to your community if they don’t know you are there. Build those web sites, get on social media let people know what a great life it is in Spiritwood, Jamestown, Britton, Clark or Woonsocket.

If you tell it, they will come (and they will bring families, experience and business).

I am one of those people who moved here from suburbia. I moved for the cost of living and the quality of that living. This is why I am not completely surprised by what I learned.

In my books Flyover County and The Fred Weber Story I tell the story of rural America and the Midwest culture.

Richard Skorupski a writer and author living in South Dakota. Listen to our interview with Rick.