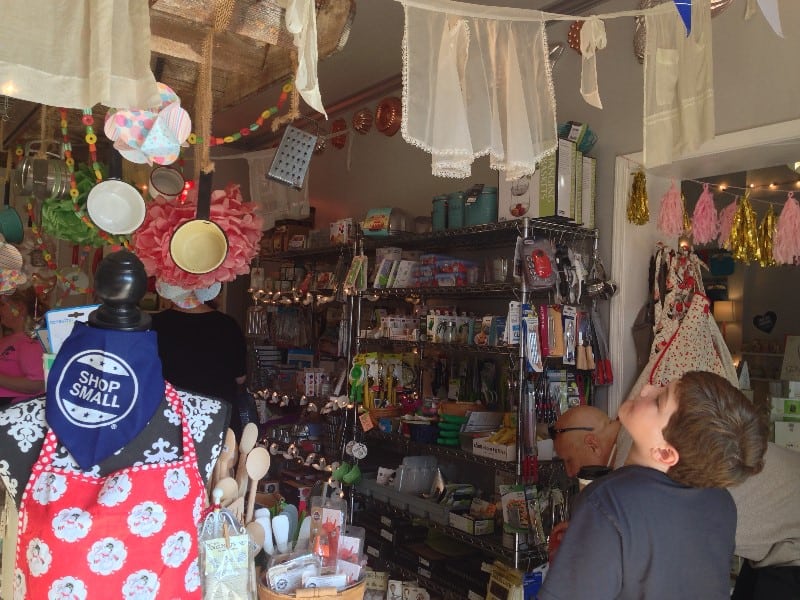 When you ask small town people what challenges they want help with, the responses provide an interesting insight into rural areas today.

SaveYour.Town and SmallBizSurvival.com conducted a survey among subscribers and visitors to their sites during 2017, receiving 250 individual responses. Participants included 215 from the USA, 25 from Canada, and 10 from other international locations. The results were compared with a similar survey in 2015 that received 227 responses.

Top five concerns at the community-wide level were mostly the same in 2017 as 2015.

The top four choices are the same as in the 2015 results, but with the first two switched in position. The fifth most-chosen answer, “Need new residents,” rose two slots from seventh position in the 2015 results. The number five choice in 2015 was “No businesses in town,” which dropped one position to sixth in 2017.

Over ¾ of those surveyed identified themselves as current or prospective small business owners. Top concerns among business owners were mostly the same in 2017 as 2015.

The top four choices are the same as in the 2015 survey, but with choices three and four switched in position. The fifth most-chosen challenge, “Need a usable building,” rose two slots from seventh position in the 2015 results. The number five choice in 2015 was “Need an idea to start a business,” which fell to ninth position this year.

Over 85% of participants chose among the coming trends of most interest to them. This was a new question on the 2017 survey.

The top trends garnering attention were:

Taking the structured and open-ended responses together, several themes emerged where the surveyed rural people most feel the need for help.

Rural communities are focused on downtown

Even though the survey focused on identifying rural challenges, positive responses focused on the future, creating their own solutions and moving forward.

Rural people are focused on creating their own solutions

There’s more interest in makers than in manufacturers 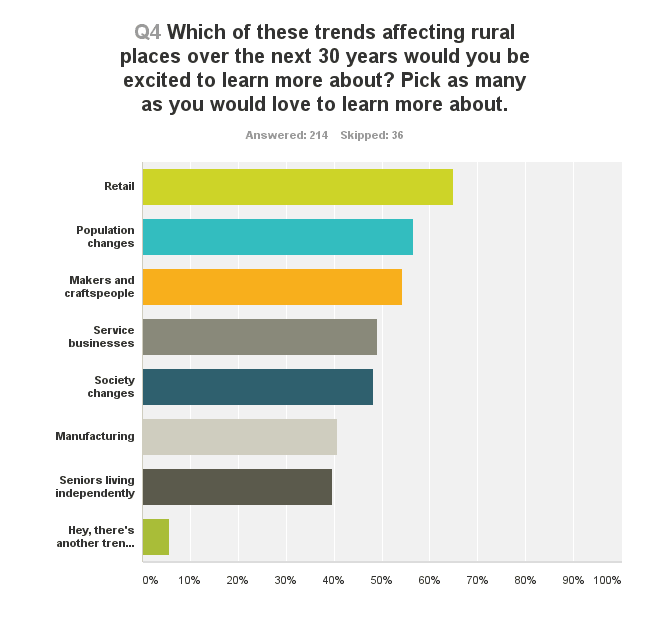 What the Survey DIDN’T say

The responses from rural people broke down some prevalent small-town stereotypes.

Rural people are not waiting for factory jobs to come back

Housing shortages didn’t get many mentions

When given open space to mention any other challenges, the surveyed rural people shared many additional areas where they need help.

*edited for brevity and clarity 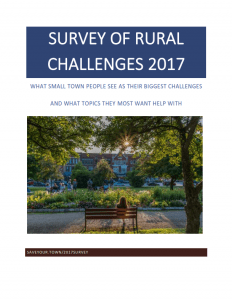 More details on the survey and methodology are available on our Survey Page. A set of action steps for communities created in response to this survey data is also available at no cost to subscribers.