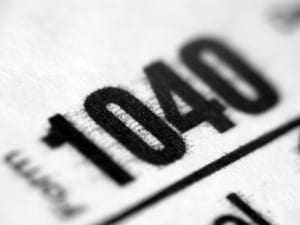 During my years working with small business owners, I have done many presentations on record keeping and basic taxes.

During those workshops, lots of suggestions and questions have been raised. One consistent comment, if it can be called that, has been a deep sigh when the topic is introduced.

All of that changed after one workshop when a small business owner came up to me afterwards. He said I had done a good job. He suggested though that I needed to approach things differently. He said his idea had come to him years before and it had served him well in helping him keep records and not mind doing his taxes.

He shared that day that you just need to “look at things differently.”

He then shared his two ways of looking at things differently.

First, he commented on taxes, in particular, tax simplification. Instead of simplification, his philosophy was something like, “the more lines the better.” He noted that most of the lines on his business tax form allowed him to reduce his taxable income. So he equated more lines with lower taxes and more left in his pocket.

Regarding record keeping, he had linked that to his taxes. He said it’s simple, “the better my records, the more I can put on the tax form.” Then he reiterated his earlier comment, “that means more left in his pocket.”

His tips refocused his frame of mind. It made doing both easier. And he credited that attitude with saving him money over the years.

He said it worked. I have shared it since then and others have told me it helps. Just thought I would share it with you as something to ponder.  This, or something else like it, might work for you.

Glenn Muske is an independent expert on rural small business, working as GM Consulting – Your partner in achieving small business success. He provides consulting, and writes articles for county extension agents and newspapers across North Dakota. Previously, he was the Rural and Agribusiness Enterprise Development Specialist at the North Dakota State University Extension Service – Center for Community Vitality.