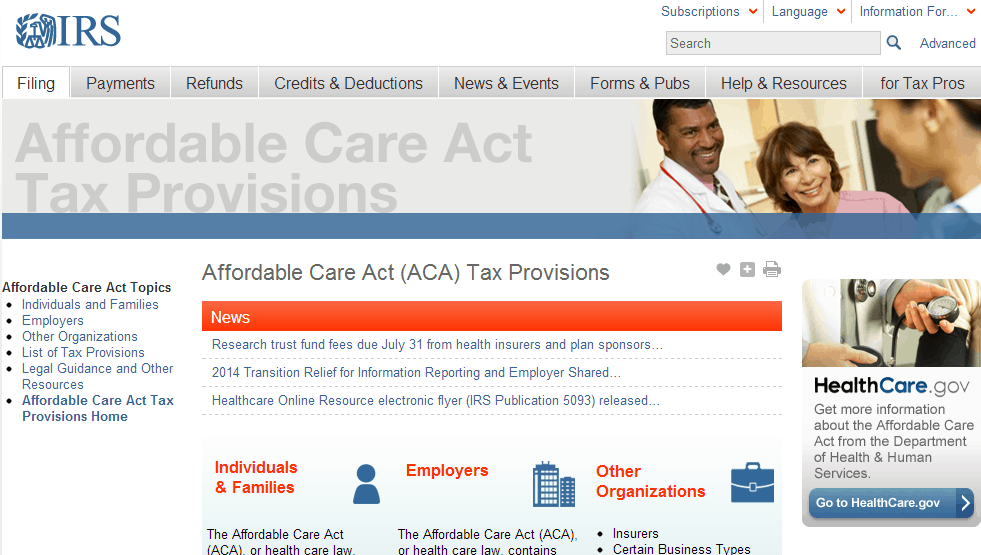 Every US small business has questions about the Affordable Care Act. The IRS is offering some answers.

The Internal Revenue Service has launched a new Affordable Care Act Tax Provisions site at IRS.gov/aca to educate individuals and businesses on how the health care law might affect them.

Topics found at IRS.gov/aca include premium tax credits for individuals, new benefits and responsibilities for employers. When visiting the new site, individuals and businesses will be able to find information about the law and its provisions, along with legal guidance, the latest news, frequently asked questions and links to additional resources.

Several other federal agencies will also play a significant role in implementing the health care law, including Department of Health and Human Services, the Department of Labor and the Small Business Administration. And, the IRS has issued a new Web-based flyer, Healthcare Law Online Resources (Publication 5093).