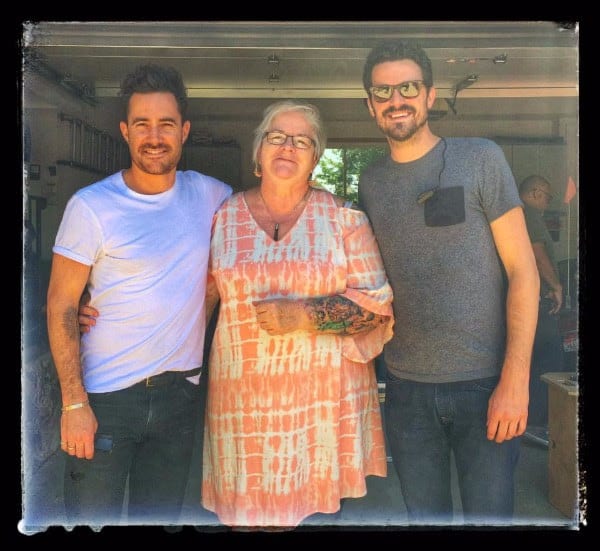 We had filmmakers from San Francisco in our town this month making a movie about us. They are telling the story of Webster City, Iowa, and how we’ve bounced back from the loss of a major manufacturer and the hundreds of jobs they took with them. It’s a big deal (I mean the filming, not the loss), and the town came out and helped in every way they could.

How did we get the film crew here? Write this down:

WE TOLD THE GOOD NEWS ABOUT OUR TOWN.

Every time I saw something negative about our town, I wrote a rebuttal and shared the good news. Every single time. I set up my Google alerts to inform me when someone was talking about Webster City, and I responded with what was good and going on in our town. These filmmakers saw a rebuttal I wrote to an article in the New York Times. They wanted to know more; they wanted to know if it was true that the small towns were just sitting around waiting for someone to bring back the factories.

We didn’t tell the good news only outside of town; we repeated it all over town. People need to be reminded of the good news.

I bet if you take a look around your community and starting putting together a list of all that is good, you’d be surprised. What businesses have expanded? What businesses have come into town? What new home-based businesses do you have? Are you repairing your city streets or roads? Any new groups in town that get together and do cool things?

Gather Your Crowd: you know, those people you like. Get together and talk over coffee (or drinks) and make a huge list of what is good in town. Don’t leave anything out; nothing is too small. Make copies of the list, and start sharing it with people. Everyone. Build your connections by asking people “have you heard about the good things in town?” Ask the local paper to print, and radio to broadcast it. Put it on Facebook and Pinterest and List.ly.

It’s a small step to living in a better town – start telling your good stories.

Deb Brown comes from a farm outside of Geneva, Iowa, population 141. Her heart lies in sharing the possibilities for small towns. Deb travels a lot, taking back roads when possible, and talking to the locals, sharing stories of other small towns and encouraging anyone who will listen. She's the co-founder of www.saveyour.town and owner of Building Possibility.